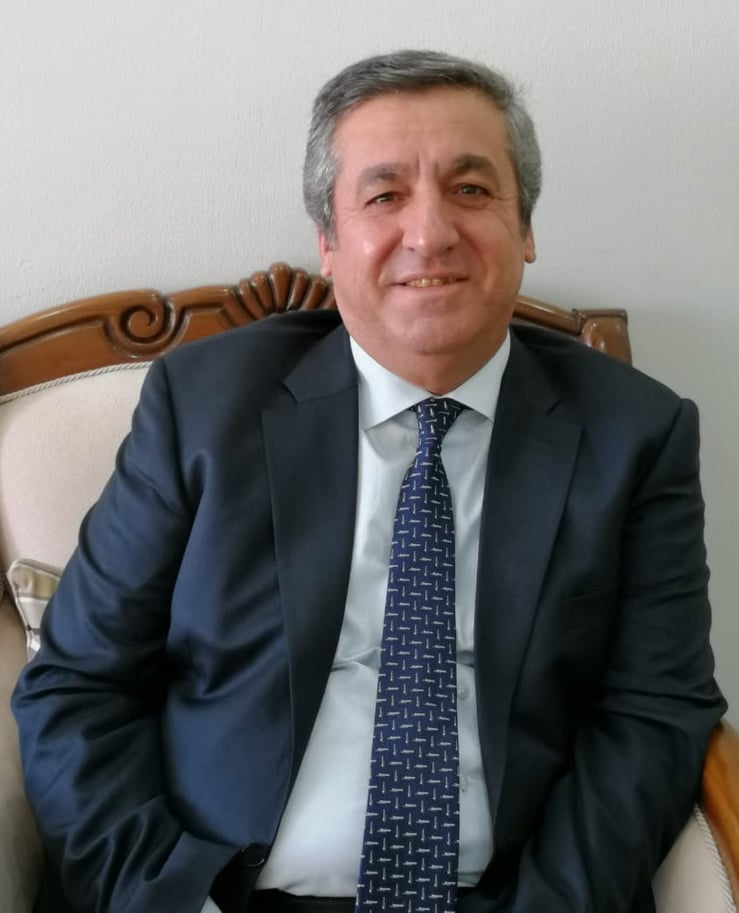 During these days when we experience firsthand the well-known cold of winter and feel the chill of the outside world in our bones, a reminder along the laconic lines of "actions are the reflection of a person's character" and "he who knows the ropes will encounter few difficulties" might prove a source of warmth for our inner world.

To a certain extent, I'm writing this under the responsibility and sentiment of providing some warmth to our inner worlds.

True life is shaped according to unseen but existing spiritual laws. Because a person turns into whatever they nurture themselves with in their inner world. True wealth is spiritual wealth. And a person's most valuable fortune is their capacity to prioritize moral consistency. Their greatest fortune is their investment into benevolent knowledge/wisdom.

Just as ignorance of the law is unacceptable as an excuse before the judge, unawareness of the divine truths/spiritual laws that shape true life is not an excuse for anyone. It is no justification. This unawareness affects everything in our lives. Recognizing this unawareness causes us to delve into and become established in an occupation that gratifies us. This occupation, which cleanses our spirit from the dust of daily life is a very noble pursuit. This pursuit heals and develops us. It carries us forward. It imparts depth and maturity. Otherwise, ignorance of spiritual laws causes us to flounder and waste time. This constantly drains our energy. It ruins our health. It always leaves us behind.

When the outside world is cold, the inner world must be warm. It must be kept warm. There are different ways to warm up and illuminate the inner world. One of these is a person's ability to become aware of their own reality. It is their ability to view both themselves and life with the true light of divine knowledge. A person who can achieve this can more easily thaw the chill of their inner world and illuminate it.

The following words of English politician Benjamin Disraeli have profound meaning: "The biggest favor you can do for a person is to help them discover not what you yourself own, but their own possessions and reveal them."

An Indian proverb says in the context of social standing and human conditions: "There is no noble way to be superior to another person. True nobility is being superior to one's previous state."

Because what keeps a person going is their inner world of meaning. The love, respect, light, knowledge, awareness, enlightenment, morality, virtue, monologue, dialogue, communication, interaction in this world are the determining factors in one's life. If the physical, emotional, mental, and spiritual rooms of this world are given an airing with the disciplines of tenacity and resolution, individuality and freedom will bloom. The spirit of self-control will grow stronger. It will spring to life. It will breathe. This will open the doors of success according to the person's desires after the required effort has been shown.

Have you heard the tale of the Simurgh, a mythical Persian bird that inspires people and helps them realize that all of their journeys are in fact a journey into the self?

I believe that citing this meaningful tale will prove very helpful:

"Legend has it that the Simurgh, esteemed ruler of all birds, lived on the peak of Mount Qaf and knew all. All birds believed in the wisdom of the Simurgh and when things went south, they would wait for him to come to their rescue.

But strangely enough, no bird had seen this Simurgh bird before. Seeing as the Simurgh was nowhere to be found, the other birds lost all hope.

Up until one of the birds found a feather from the Simurgh's wing in a faraway country, that is. After finding the feather, all the birds believed in the existence of the Simurgh and decided to find him and ask for his help with their troubles.

However, they had to traverse seven bottomless and difficult valleys in order to reach Mount Qaf. The journey through these valleys was so challenging that many birds lost their way.

The first valley was the "Valley of Desire," which contained everything the birds could ever want.

The birds fell under the spell of the possibility of owning everything and lost their way.

The second valley was the "Valley of Love," where a mist covered their eyes and they mistook the shapes they saw for pheasants and swans.

Here, many birds were infatuated by the beauty of the pheasants and swans they saw and many lost their way.

The third valley was the "Valley of Ignorance," where everything seemed agreeable.

Some birds were overtaken by indifference while flying through here. They became increasingly disaffected, keeping their minds off things and forgetting them with time. They even forgot about the Simurgh whom they had set out to find. Many birds were lost to this valley as well.

The fourth valley was the "Valley of Disbelief," where the birds thought their journey had no purpose or meaning.

Some birds began to think that they would not find the Simurgh this way and would die in vain. They thought they had come all this way for nothing and turned back.

The fifth valley was the "Valley of Loneliness," where they felt lonely.

Some birds began to feel lonely while flying through this valley and went their own, solitary ways. They left to hunt for themselves and fell prey to bigger beasts. Even more were lost.

The sixth valley was the "Valley of Gossip," where rumors about the Simurgh were floating around.

During the journey, a rumor was started by the bird bringing up the rear which made its way to the bird up front. They began to think that the Simurgh did not actually exist, that it was a mere story, and that there was no point in their search, so they gave up and turned back. Their numbers were greatly diminished in this valley as well.

The seventh valley was the "Valley of Self".

When they arrived at this valley, each bird began to march to a different tune. Someone found another's wing off-putting, while another bird claimed to know everything and that they were going the wrong way. Each bird spoke something different and tried to have his own way, vying for leadership. In their selfishness, they trampled over one another in order to come out on top, all the way through the valley. Many birds were lost this way.

After many losses, the remaining thirty of them finally arrived at Mount Qaf. Upon arriving, the thirty birds who had made it through the impassable valleys unraveled the mystery. There was no Simurgh bird here.

Did such a bird exist at all? Or was all their suffering in vain? Had they fallen victims to their obstinacy? No.

They themselves were the Simurgh bird they'd been searching for."

In Persian, "si" meant thirty, and "murgh" meant birds. The thirty birds who had come to the end of their journey discovered that the thing they had been searching for was actually themselves.

This tale is actually about us. It descends to the center of our lives.

When something goes wrong for us, we should search for and find ourselves instead of someone else. We look to ourselves, not to others.

I believe that it is beneficial to remind of these things and raise awareness of them in the journey of life.

In the words of famous writer Paulo Coelho: "Even if the person who leaves you was someone very precious, close the door after them so that those inside are not cold."

... And while evaluating humanity, he resumes: "Wrong people are not a waste of time, but a lesson in identifying right people."

Yes, if we want our future to be more fulfilling and meaningful, we must bury the past after extracting the necessary lessons and experience. We must bury the past so that the future can blossom. So that spring may come. And everyone may cheer up and be happy!

President of the Syriac Association of Language, Culture and Literature

The Book of Syriac Mysticism

The Consul General of Switzerland in Mardin

You can also send us an email to karyohliso@gmail.com

The Syriac expression, “Karyo hliso,” carries messages of encouragement and courage in the face of loss.

In Syriac, karyo has two distinct meanings: First, it means plump, fat, and short; secondly, a heap of wheat after being separated from the chaff.